A Church, An Abbey, A Place of Celebration 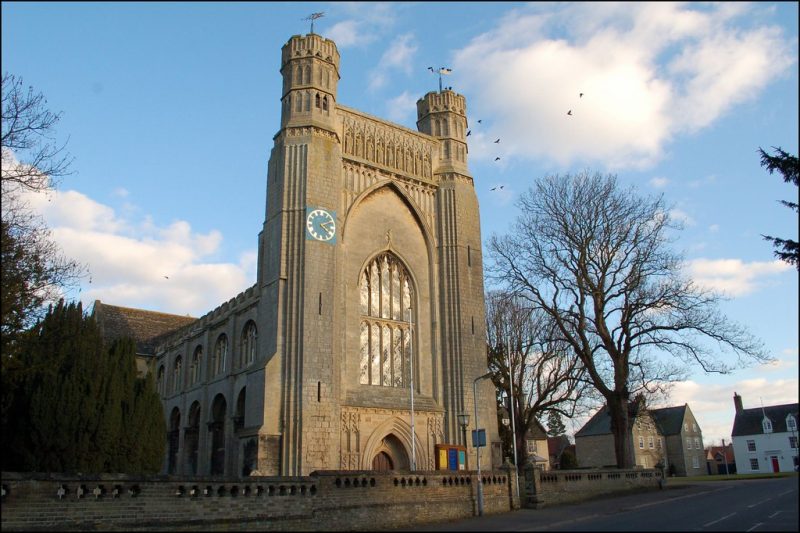 In the small village of Thorney you will find their lovely abbey.

Here’s its history: In 972, an Abbey was re-founded by St Aethelwold. Large stone buildings were built to glorify God as they were at nearby Peterborough, Crowland, Ely and Ramsey and this became the centre of this major Fenland estate. Built from 1080, this large Norman church contained the relics of important saints such as St Botolph (brought from Boston) and attracted visitors and their donations. Further buildings were added and embellished, especially from 1305 to 1323, but The Black Death of 1349 killed 13 of the monks and 100 people in their household. At the Dissolution of the Monasteries under Henry VIII, Thorney still had an abbot and twenty monks, these were given pensions and the Abbot was allowed to retire. The abbey was eventually stripped of building materials, much of which went to help the erection of the chapel at Corpus Christi College, Cambridge university. In 1550 the abbey was sold to the Earl of Bedford. The best remaining part of the original abbey church is the superbly carved west front, featuring figures of saints in a horizontal row of niches, plus carved heads of beasts above the arched doorway.

Thorney Abbey is now known as the Church of St Mary and St Botolph. Visiting times are Sundays only – FREE entry.
You may benefit from visiting near Christmas time as the Abbey features a Christmas Tree Festival where Christmas trees from a wide range of local groups are on display in the Abbey, all decorated to the current year’s theme. There are also stalls, games and refreshments available throughout the day. The choir normally hold a ‘Sponsor a Carol’ event where anyone can request a carol or traditional Christmas tune. (early December)